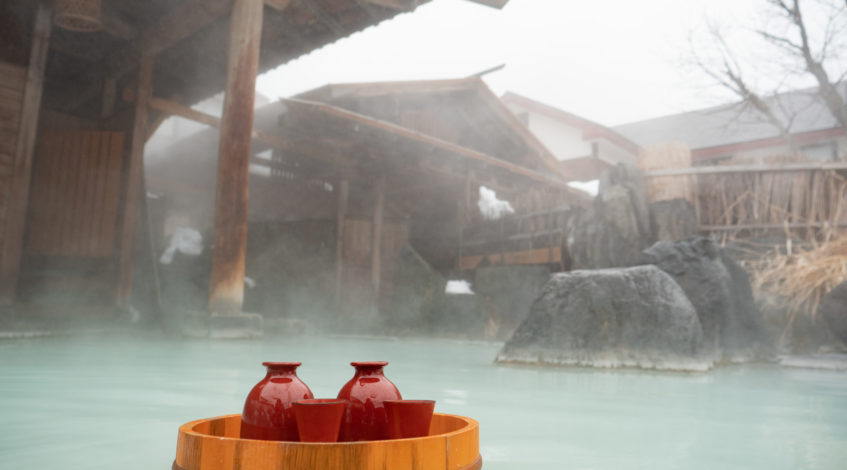 This year and last we held a secret tour for a small group in Hachimantai. We were testing and refining the content that is now emerging into the light of day. Allow me to introduce “Hachimantai Auberge Washinooo & Onsen” – a sake-lover’s dream tour of Hachimantai!

The tour starts before lunch with a tour of the Washinoo Sake Brewery in Hachimantai. The building itself dates back about 250 years, though the current Washinoo was founded in 1829. The brewmaster himself guides you through the facility, explaining the fascinating details of how sake is made. His enthusiasm and extensive knowledge make this an exceptional brewery tour. Even if you’ve visited a few other sake breweries in Japan, you’ll find something new this time!

This brewery tour is held at the same time as a special yearly event introducing various lacquer, glass, and ceramic drinking implements at the brewery. The shape and texture of the glass really makes a difference in the aroma and thus flavor. Doing tasting with various glasses really demonstrates this, opening up an entire other aspect of drinking sake! (They also offer a number of other tasty items during the event, including the sweet warm non-alcoholic beverage amazake, and crackers made with sake kasu.) 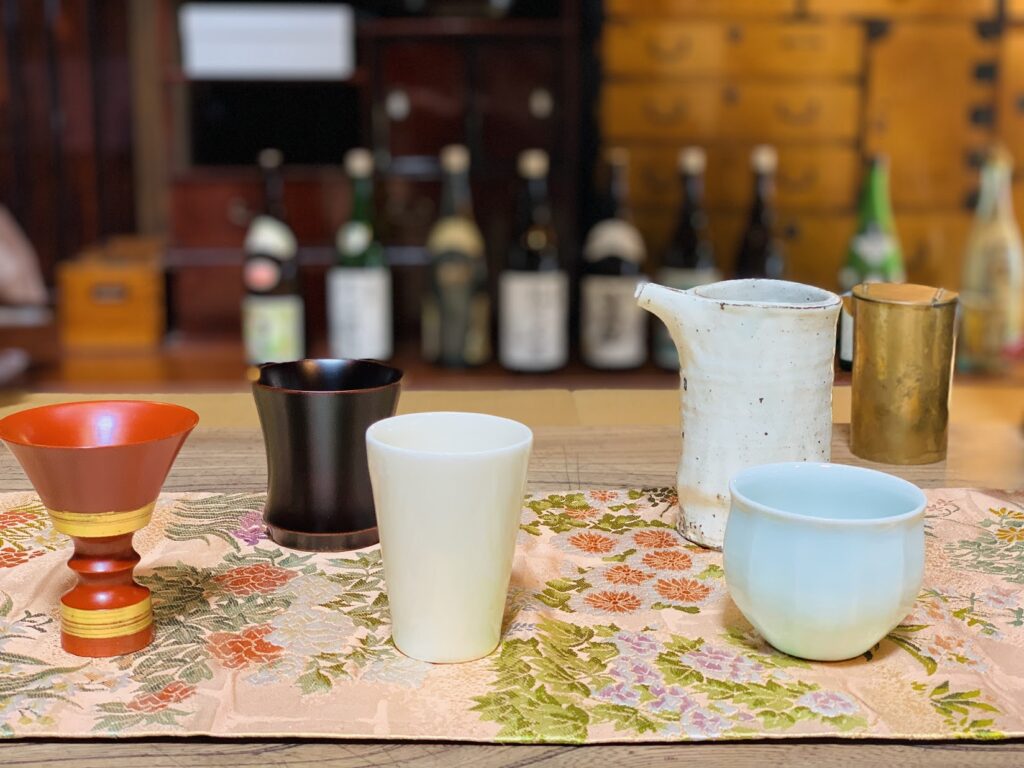 Next is a late lunch at the Sawaguchi Liquor Store. This local shop carries the full line of Washinoo sake, including limited edition items not sold elsewhere. Enjoy trying three different types of Washinoo sake while eating lunch seated around an irori open hearth. During this year’s tour, a Hachimantai photo exhibition by THE BLURRED PHOTO was held on the second floor, displaying the best of the natural beauty that Hachimantai has to offer.

After lunch, it’s off to the Hachimantai Mountain Hotel. Just before dinner around 6pm there is a fascinating event called Tama-wari held in the hotel dining room just for the tour group. During this activity, the owner of Washinoo demonstrates how very small adjustments in the amount of spring water added to sake has a drastic impact on the flavor. This activity is actually my favorite part of the tour, but I won’t spoil any of the surprises. You’ll have to go next year to discover more. 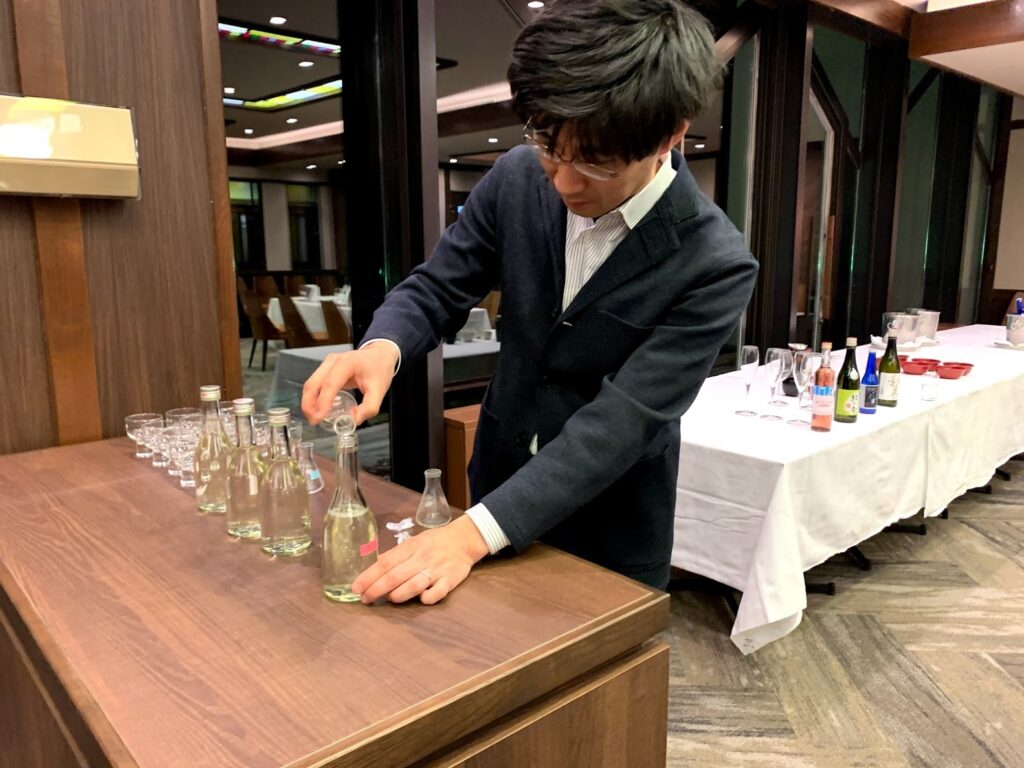 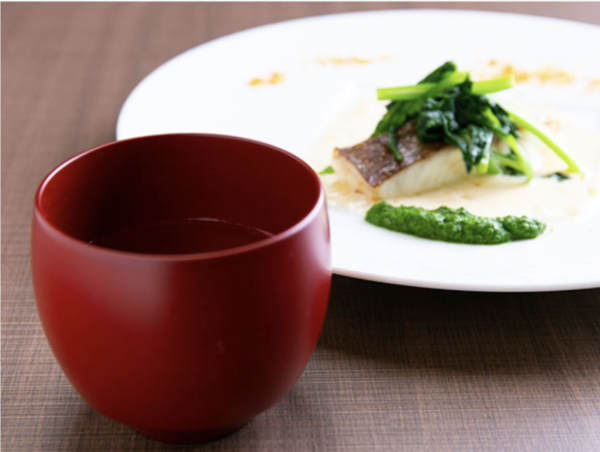 Dinner served at the Hachimantai Mountain Hotel is a course meal with sake pairings in addition to the already excellent buffet. Breakfast the next morning also features the Mountain Hotel’s luxurious buffet. 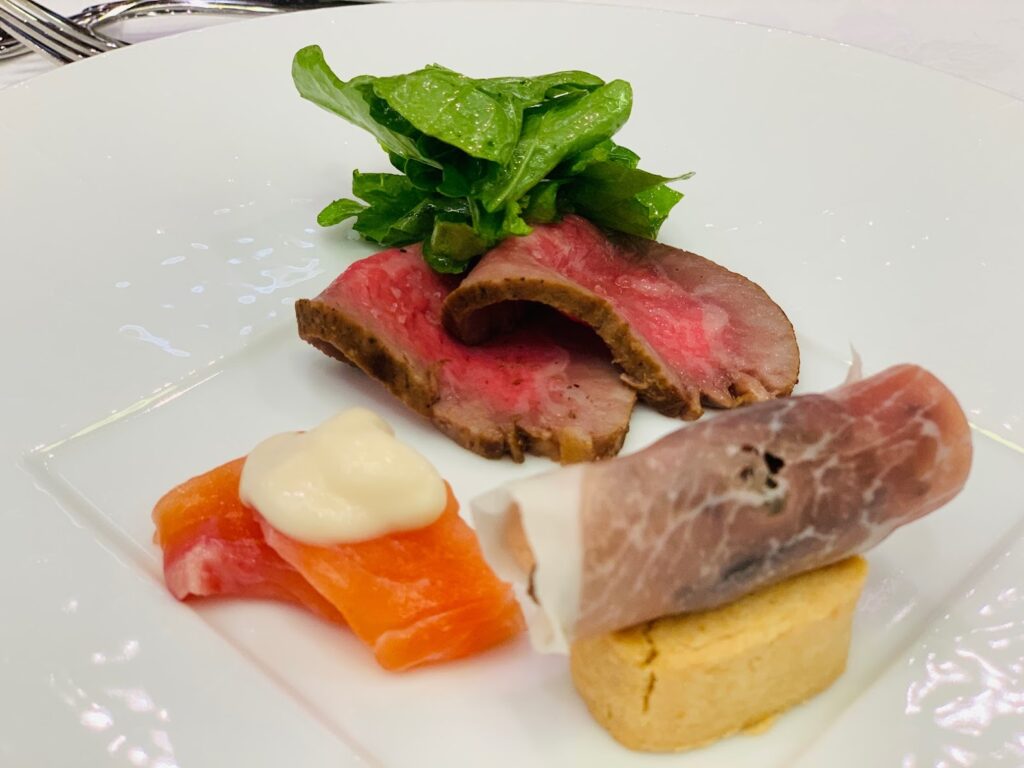 On the second day, you are treated to something many people have seen in movies or photos but never had the chance to experience. You’ll take a traditional bonnet bus deep into the mountains to Matsukawa Hot Springs. There, bathe in the mixed outdoor hot spring bath with a platter floating in the water with you. And what is on this platter but a pitcher (or two!) of sake and some little cups. That’s right – you can sit in a traditional outdoor hot spring bath, gazing out at the mountainside covered in snow, while sipping sake. It doesn’t get much better than that. 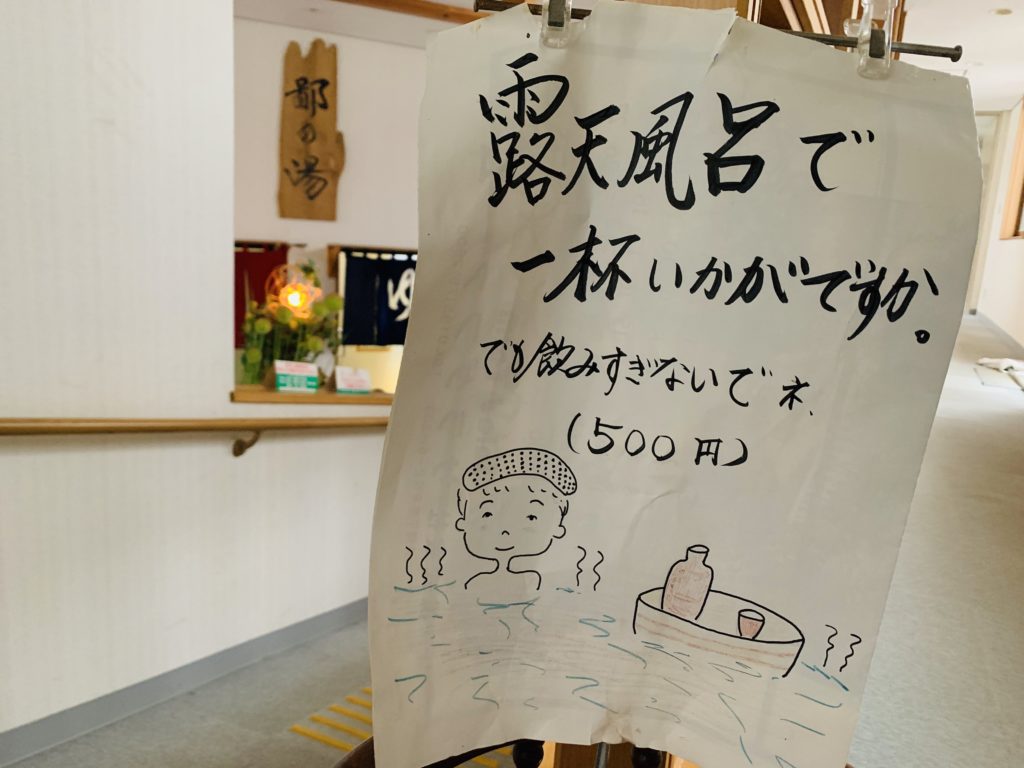 After a bath, a delicious lunch awaits in the Matsukawaso building, which is a delicious mix of local traditional Japanese dishes. Lunch then concludes this deeply satisfying tour, and you’ll be taken back to Morioka by bus.

This tour is by reservation only, so be sure to book in advance!